With the rapid development of 5G communications, artificial intelligence, Internet of Things, new energy electric vehicles, industrial control and other applications, printed circuit board PCB products have become a major gap, and it is also a huge market space.

After decades of development in the printed circuit board industry, production capacity has shifted many times around the world. From the current point of view, with the rise of mainland manufacturers, China is likely to become the next core production area.

More importantly, in recent years, the Chinese government and related departments have introduced a series of laws, regulations, and industry policies to promote the strategic adjustment and industrial upgrading of the printed circuit board industry.

The 14th Five-Year Plan is also accelerating the digital transformation of the industry. As a basic and strategic industry, printed circuit board PCB will usher in the spring.

The world's three leading Taiwanese-funded private copper clad laminate manufacturers Taiguang Electronics, Lianmao, and Taiyao were established in the 1990s. Due to their labor cost advantages and the continuous improvement of their sophisticated management capabilities, Taiwanese-owned factories have gradually replaced overseas manufacturers since the 1990s. . In 2000, the supply of Taiwanese-funded manufacturers increased from 11% of the global PCB market to 17% in 2006, while the United States dropped from 28% to 11%, and Japan shrank slightly, from 29% to 26%. The downstream PCB industry was initially completed. The transfer provides fertile ground for the growth of Taiwan-funded copper clad laminate plants.

After 2005, PCB production capacity was transferred to Taiwan, China, which promoted the increase in the supporting supply of copper clad laminate manufacturers. The increase in production capacity and the increase in global market share were the main driving forces for the growth of manufacturers. In 2006, the three major Taiwanese private CCL manufacturers Lianmao, Taiguang Electronics, and Taiyao accounted for 4.6%/2.9%/2.8% of the global supply, respectively, and the total supply ratio reached 10.3%. In 2013, it climbed to 6.2%/5.7%. /3.4%, the total supply ratio reaches 15%.

From 2005 to 2020, the operating income of the three major Taiwanese private companies grew 4 times, with a compound annual growth rate of 9.5%; the net profit attributable to the parent grew 16 times, and the compound growth rate of net profit attributable to the parent from 2005 to 2020 was 18.0%. Profitability continues to rise in the mid to late period.

After 2013, the supply chain of PCB manufacturers began to shift to the mainland. Take Lianmao as an example. In 2010, it began to invest in Wuxi and Guangzhou plants in mainland China. In 2020, the production capacity of Wuxi, Dongguan and Guangzhou plants will reach 89. %. Taiwan Optoelectronics has also increased its investment in mainland factories. The expansion of production capacity from 2013 to 2020 is mainly concentrated in Kunshan, Zhongshan and Huangshi plants. The expanded production capacity of the three accounts for 83% of the overall expansion; Tai Yao is in mainland China Established Jiangsu Changshu Factory and Guangdong Zhongshan Factory, and realized mass production in September 2005 and January 2010, respectively. China's PCB output value increased from 12.8% in 2013 to 26.8% in 2019, an increase of 14.0pct, while the PCB output value of Taiwan, China remained relatively stable during the same period, from 31.6% in 2013 to 34.0% in 2019.

According to Prismark statistics, in 2020, the global market share of the three major Taiwanese-funded manufacturers Taiyao, Lianmao, and Taiguang Electronics in traditional rigid copper clad laminates is 7%/7%/4% respectively, and the total share is 18%. The increase in 2013 was only 2.7pct.

Three of the four major domestic-funded manufacturers, including Shengyi Technology, Nanya New Materials, Huazheng New Materials, and Jinan Guoji, were established after 2000, ten years after the establishment of Taiwan-funded manufacturers, and are currently entering the second stage of industrial transfer. Accelerated transformation of product structure promoted a steady increase in profitability. The four manufacturers have accelerated the pace of production capacity deployment. In 2021H1, the capital expenditures of the four listed companies in the A-share copper clad laminate industry totaled 1.59 billion yuan, YoY+41.8%.

Four King Kong, fighting for the day and night

The absolute amount of R&D expenses of domestic CCL manufacturers has increased year by year. In 2021H1, the absolute amount of R&D expenses of the four manufacturers of Shengyi Technology, Nanya New Materials, Huazheng New Materials, and Jinan Guoji have increased year-on-year by 26.0%/132.2%/31.4%/ 92.7%. By 2021H1, the proportion of R&D expenses to revenue will reach 4.4%/4.1%/4.2%/3.9%, respectively, and the proportion of R&D investment is much higher than that of Taiguang Electronics and Lianmao’s 1.8%/1.5%. Domestic companies are more active than Taiwanese companies. Seek breakthroughs in subdivision areas.

Shengyi Technology was established in 1985, integrating R&D, production, sales and service, and is the core supplier of electronic circuit substrates in the world. According to the statistics and ranking of global hard copper clad laminates by Prismark research institute in the United States, from 2013 to 2020, the total sales of Shengyi Technology Rigid Copper Clad Laminates has jumped to the second place in the world.

Nanya New Materials is one of the earliest manufacturers of high-speed copper clad laminates in China, and it is also the only land-funded copper clad laminate manufacturer with a full range of high-speed products of various grades that has passed Huawei certification. Halogen products reached the second place in domestic capital. Nanya New Materials has opened a new plant in Jiangxi. According to the progress of the project, it is estimated that the compound growth rate of effective production capacity in the three-year period from 2021 to 2023 will reach 26%.

Huazheng New Materials has focused on the research and development of high-frequency and high-speed high-end copper clad laminate products in recent years. With the investment of resources, the company's high-frequency and high-speed products have achieved greater breakthroughs. The CCL business further deepened the implementation of product structure upgrades. The sales of high-grade products of H2 (growing product line) and H3 (seed product line) increased, the shipments of prepregs also increased significantly, and the shipments of high-frequency copper clad laminates increased significantly. In 2021H1, the company achieved revenue of 1.71 billion yuan, +80% year-on-year, net profit attributable to the parent was 120 million yuan, +109% year-on-year, of which net profit deducted from the parent was 110 million yuan, +143% year-on-year.

In addition to copper clad laminates, the company is also increasing its efforts in the use of aluminum-plastic films for new energy vehicles. It not only configures imported equipment from Japan, introduces Japanese technology, and deploys dry and thermal production lines, but also invests 140 million in the "year The construction of a high-performance aluminum-plastic film project for the production of 36 million square meters of lithium battery packaging (the existing production capacity is about 5 million square meters per year, and the production capacity is expanded by 7.2 times). In the future, the new energy vehicle sector will also have great potential.

In the short term, the copper clad laminate industry is in a price increase cycle, and the downstream demand boom drives the company's single-quarter profit margin upward. In the medium and long term, the PCB industry's supporting facilities will force upstream domestic manufacturers to expand production. In 2020, the year-on-year growth rate of capital expenditure of PCB listed companies will return to a high level. A new era. 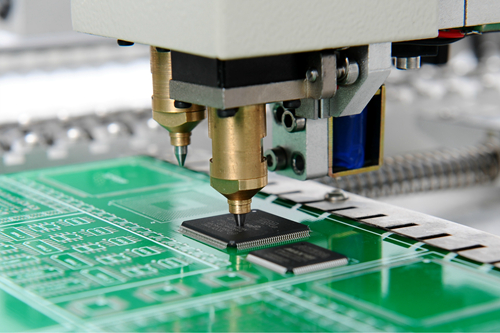 Comparison Between PCB Prototyping Service and Standard PCB Fabrication Service
Aug .02.2018
There are different Quality Class Standards in the industry. Most commonly followed is class 1 & 2. Class 1 is for General Electronic Products and for testing and verification of Designs. Class 2 is for Dedicated Service Electronic Products such as communication equipment,sophisticated business machines, instruments where high performance and extended life is required and for which uninterrupted service is desired. Class 3 products are used in certain types of medical, aeronautics, and military applications for which uninterrupted and high reliability service is required. 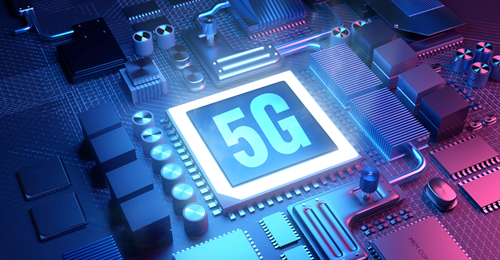 The Domestic Capital Era of China Printed Circuit Boards
Aug .02.2018
In the short term, the copper clad laminate industry is in a price increase cycle, and the downstream demand boom drives the company's single-quarter profit margin upward. In the medium and long term, the PCB industry's supporting facilities will force upstream domestic manufacturers to expand production. In 2020, the year-on-year growth rate of capital expenditure of PCB listed companies will return to a high level. A new era. 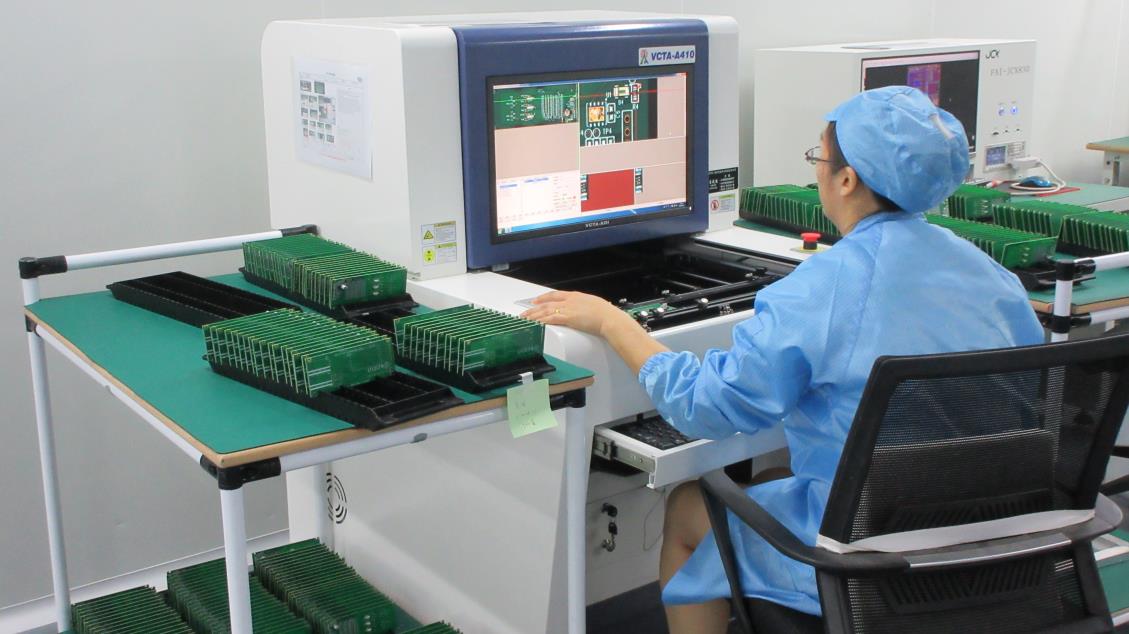 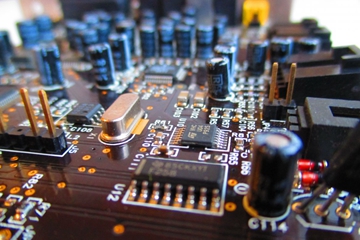 How to distinguish the quality of PCB circuit board?
Aug .02.2018
With the rapid development of mobile phones, electronics, and communication industries, it also promotes the continuous growth and rapid growth of the PCB circuit board industry. The more people demand for the number of components, weight, precision, material, color, reliability, etc. Come higher.
Vince
[email protected]